Kids ninja classes offer a unique, fun way to help your child build self-confidence, while getting the exercise they need! At our Naperville Ultimate Ninjas location, ninja training is not only fun, but the challenges, obstacles, and courses provide your child with the unique experience of seeing how their hard work can help them overcome and achieve their goals!

But there's more, ultimate ninja training for kids not only boosts self-confidence, but promotes fitness, agility, and helps put your child on the path for lifelong fitness! Our classes are designed and led by professional Ninja athletes who train to conquer the same obstacles seen on the NBC hit, American Ninja Warrior. Are you ready to challenge yourself?

Looking for something fun, active, and safe to do with your family? How about an challenging evening of Ninja fun at Ultimate Ninjas! Enjoy a unique mixture of exercise, agility training, and strength building all while gaining confidence in a fun, safe environment.

Drop by for our family open play days! Ultimate Ninjas Naperville is the perfect option for a fun, active, and challenging way to help your kids get out all of their energy while tackling our obstacle and agility courses! Practice, explore and challenge yourself with a variety of obstacles, fine tune your skills on a single obstacle, or practice running our customizable courses

Are you looking for an active, exciting idea for your kids birthday party? Children love our obstacles and indoor play areas, with full access to ninja obstacles, courses, and challenges, your guests young and old will have a lot to enjoy!

Our Naperville ninja party hosting packages guarantees you your very own indoor arenas and party room! Planning a birthday party has never been easier, check out our online reservations and get your party booked today.

Ultimate Ninjas Camps are designed to teach the techniques used to conquer any obstacle - and we have several!

Our focus is on getting fit and having FUN while building endurance, strength, coordination, and learning how to quickly and safely maneuver through various obstacles.

Join a community of people coming together to pursue their passion for movement and to help each other become better. We welcome those who are looking to be part of a supportive community that will inspire you to break limits and achieve things you previously thought impossible.
Learn More
Sign Up

Jesse was a rookie sensation and has kept up the success on American Ninja Warrior. She broke the record of the first rookie female to qualify for the Las Vegas Finals and has continued to qualify for Las Vegas for all 3 seasons. This solidified her nickname, “Flex Labreck.” Her tenacity and love of the sport has inspired ninjas of all ages! Jesse attended the University of Maine where she got her degree in Elementary Education and developed her athletic skills on the field becoming a track star.

Jesse is General Manager of Course Operations at our Naperville location, where she oversees safety, class curriculum and development, camps, events and more. With her background in Elementary Ed and love for the sport, Ultimate Ninjas will be the perfect place for Jesse to teach future American Ninja Warriors via obstacle course racing, or OCR! She has competed on and WON Ninja vs Ninja as the only female Captain of “Labreckfast Club”. She has also competed on All Stars and Skill and USA vs The World where she was the second woman to complete Stage 2!

Jesse resides in Naperville and is also an avid rock climber and hiker. She is an advocate for cerebral palsy awareness through her relationship with a 20 year old woman, whom she cared for while living in Massachusetts. 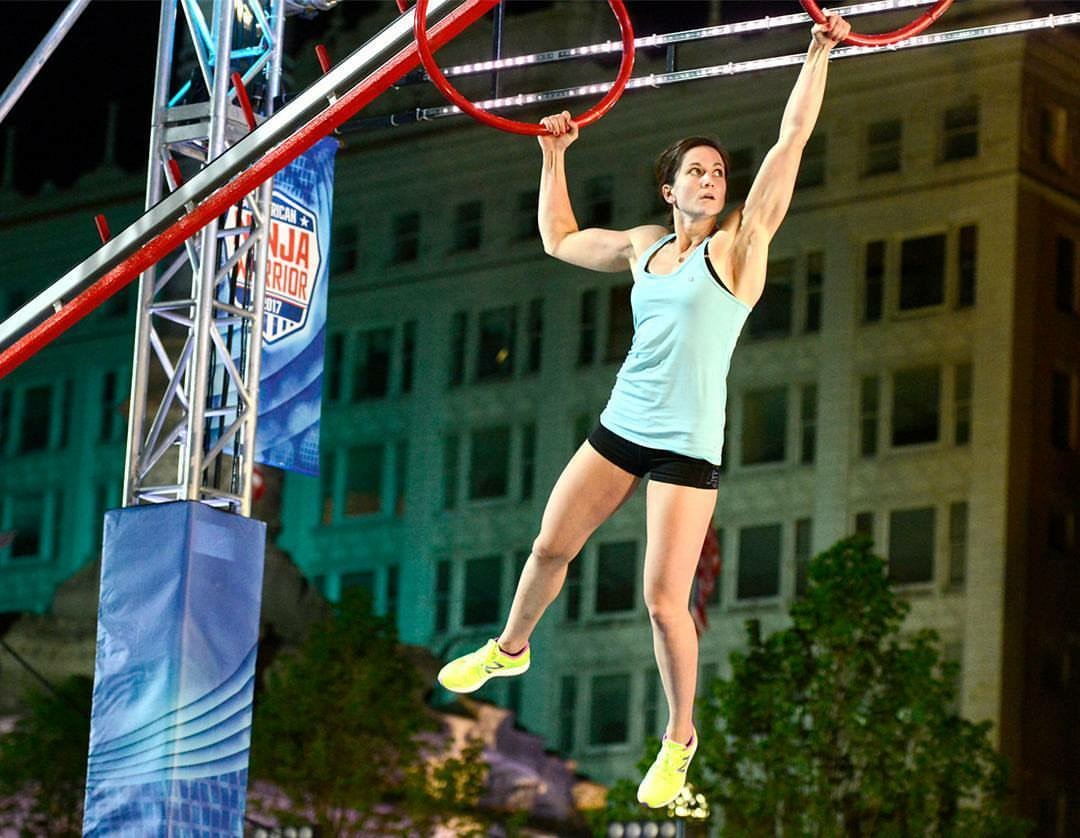 Our top priority is the safety of the community we have here in Naperville. We will continue to operate in accordance with the county's current guidelines.

Powered by Convert Plus
Choose your gym location:

Please fill in the form bellow for private play availability and booking.

Powered by Convert Plus
Sign up for our newsletter!

Register For Your FREE 30 Day Trial!

Powered by Convert Plus
Sign up for our newsletter!
Your information will never be shared

Stay In The Loop!