Ninja training is an amazing, fun, & challenging way to help your child build self-confidence, personal fitness, and agility - preparing them to reach higher than you ever imagine.

Challenge your kids with ninja training courses & obstacles, and watch them gain confidence as they gain strength, and learn to overcome them. Be Awesome. Have FUN!

Looking for something active, fun, and safe to do with your kids? How about an exciting, challenging evening of Ninja fun - a unique combination of exercise, agility training, and strength building all while gaining confidence in a fun, safe environment.

Check out our family open play days! Your local Libertyville Ultimate Ninjas  provides a fun and challenging way to help your kids get out all of their energy while tackling our obstacle and agility courses! Practice and explore a variety of obstacles, fine tune your skills on a single obstacle, or practice running our customizable courses.

Looking for a fun, active idea for your kids birthday party? An Ultimate Ninja party might be exactly what you're looking for!

Kids love our obstacles, indoor play areas, and ninja challenges. Our Libertyville ninja party packages are perfect for a stress-free,   fun, and unique party with actives for kids of all ages - even your grown guests can join in the fun! Try out the many ninja obstacles and courses, and enjoy a fun filled screen-free evening.

What's more, your party can enjoy a private party area, with their very own indoor arenas and party room. Preorder pizza and drinks from our awesome, locally owned, pizza partner delivered right to your party!

Planning birthday parties has never been so easy  - check out using our online reservations, then sit back and relax.

Ultimate Ninjas Camps are specially designed to teach the techniques used to conquer any obstacle - and we have many!

During training our focus is on getting fit and having FUN while building strength, endurance, coordination, and learning pro tips and and techniques to quickly and safely maneuver through various obstacles.

Join a community of people coming together to pursue their passion for movement and to help each other become better. We welcome those who are looking to be part of a supportive community that will inspire you to break limits and achieve things you previously thought impossible.
Learn More
Sign Up 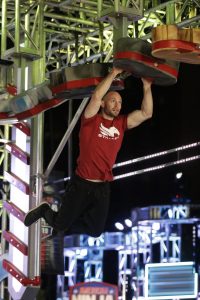 Mike is a 7 time American Ninja Warrior veteran and 4 time Las Vegas finalist. His nickname on the show is “The Stallion” and he can be seen on season 4, 5, 6, 7, 9, 10 and the most recent season, 11, where he galloped his way to Vegas.

Michael grew up a competitive gymnast and by the age of 12 was ranked 37th nationally. In high school he made varsity as a freshman for pole vaulting and for fun was involved in a breakdancing group. He transitioned into ninja warrior training during college at Northern Illinois University where he earned his master’s degree in Physical Therapy. “I currently supplement my obstacle training with rock climbing and water sports including slalom skiing, bare-footing, and wake boarding.”

Michael hopes to grow the ninja community and promote the “NINJA LIFESTYLE” which involves being active, eating healthy, treating people kindly, and doing the right thing. “Competing on American Ninja Warrior gives me a platform to be a role model. Whether I complete an obstacle or fall in the water I measure my success based on if I can make a positive difference in someone’s life.”

Our top priority is the safety of the community we have here in Libertyville. We will continue to operate in accordance with the county's current guidelines.