Contact us today to claim your Black Friday discount!

Our Villa Park kids fitness classes  are specially designed and led by ninja athletes who have trained to compete in obstacle course races like those seen on TV.  Our skilled trainers bring their  professional & personal experience to every class, helping your child learn special techniques, build strength and learn to persevere & overcome!

Kids fitness has never been more fun! Challenge your kids to channel their inner Ninja overcoming obstacles & training on amazing ninja training courses. Then sit back and watch the magic happen as your Ninja Warriors not only gain confidence, but get stronger and fitter as they learn to overcome the various ninja obstacles!

Be Awesome. Have FUN!

Looking for a fun, active outing idea for your family in Villa Park? How about a challenging evening of ninja obstacles!  At Ultimate Ninjas our open gym sessions provide a unique combination of agility training, strength building, and exercise. Besides increased health and fitness, your kids will gain confidence and resilience while training in a fun, safe environment.

Try your hand at our many ninja obstacle courses! Drop in for a family open play session at your local Yorba Linda Ultimate Ninjas! Open gym is fun for the whole family, allowing you and your kids to get off the couch and get moving. Have fun tackling our obstacle and agility courses! Your ninjas in training can practice and explore a wide variety of obstacles, fine tune your skills on a single obstacle, or practice running our customizable courses.

Are you looking for an active, fun, unique party venue in Villa Park for your kids birthday party? How about making your party a ninja party at Ultimate Ninjas!

Kids LOVE our amazing indoor play areas, ninja training challenges, and obstacles. Our convenient party packages ensure a fun, stress-free kids party your guests will love. Our party packages include use of a private party area, with your very own indoor ninja arenas and  party room. Organizers can also preorder pizza and drinks from our amazing, locally owned, pizza partner and conveniently delivered to your party room!  Try out our many obstacle courses, and ninja challenges for a fun-filled, screen-free party.

Planning an amazing kids birthday party has never been simpler - select your preferred date & check using our online reservation option, then just sit back and relax.

Ultimate Ninjas hosts a variety of camps throughout the year including Summer camps, Winter Camps, Seasonal & Day Ninja Camps.  All our camps are designed to help your child gain strength and agility, while learning the techniques used to beat any obstacle - and we have tons!

During training our focus is on building strength and having FUN while getting fit, building endurance, coordination, all while learning pro tips and and techniques to quickly and safely maneuver through various obstacles.

Coming Soon!
Join a community of people coming together to pursue their passion for movement and to help each other become better. We welcome those who are looking to be part of a supportive community that will inspire you to break limits and achieve things you previously thought impossible.
Learn More
Sign Up

Michael is a 4 time American Ninja Warrior veteran. He has completed on seasons 8, 9, 10, 11 and 12! Michael is a 3 time Vegas veteran making it all the way to the Ultimate Cliff Hanger in stage 3! He has also been a member of Team USA vs The World on season 11 where he had the fastest time in Stage 1, winning that heat for his team. In September 2020, Michael was on the ANW All Star special for season 11 where he competed in the Mega Spider climb and won - setting a Spider Climb record TWICE! Michael is also known as the "Baby Face Ninja" for his young appearance.

Michael was an all around athlete in high school. Interesting fact, Michael was in the carpenters union for 3 years - and expertly knows how to design and build all kinds of things,... his favorite? Ninja obstacles!! Michael moved to Illinois in 2018 to manage at Ultimate Ninjas - and he continues to build obstacles. Michael was married on June 28th, 2020. He and Sarah have two ninja pups named Hershey and Zena.

Michael is the second oldest of six kids and he resides in Hoffman Estates, IL. In his spare time you can find him rock climbing, playing with his dogs and training for Ninja! 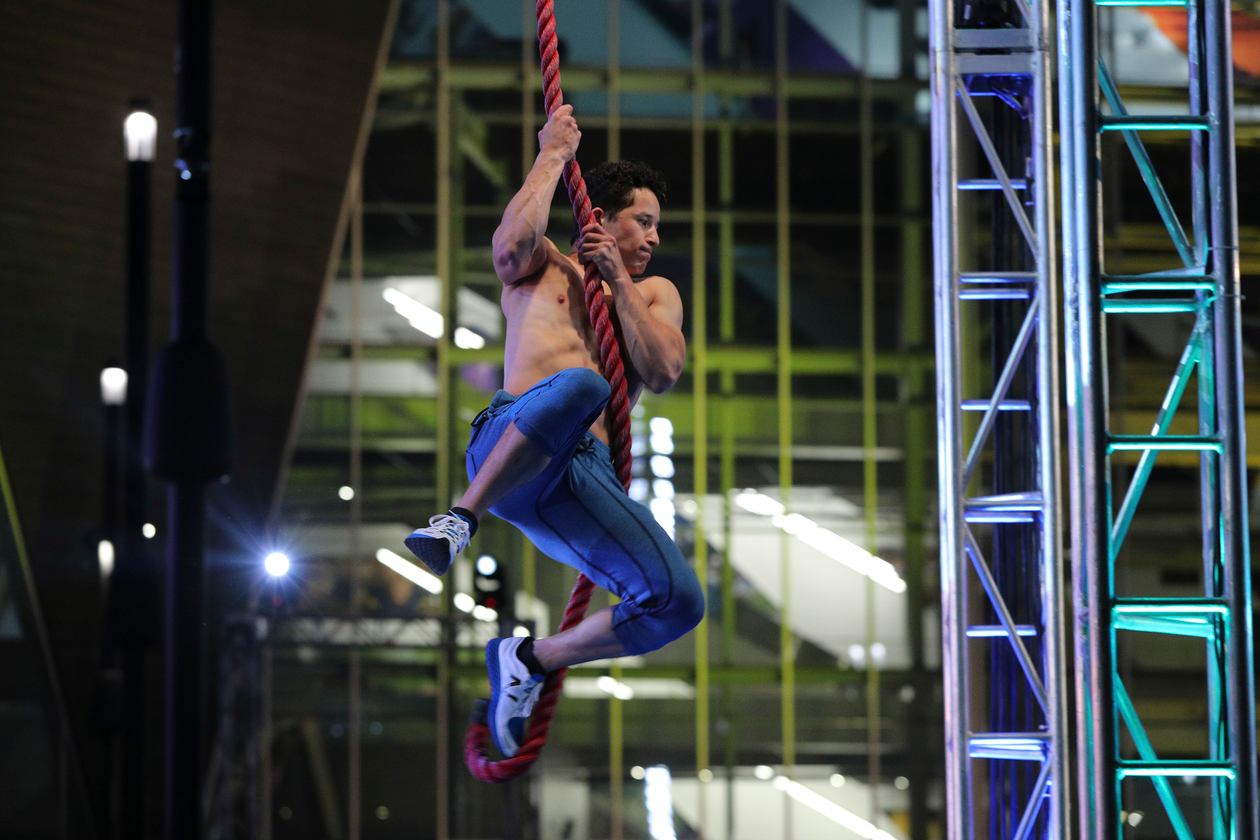 Our top priority is the safety of the community we have here in Glenview. We will continue to operate in accordance with the county's current guidelines.

We just threw my daughter's 6th birthday party here and it was wonderful! They were very helpful and accommodating. Our guests had a great time and the staff assigned to help our party could not have been nicer. I would recommend this for a party venue (or just a fun open play/class activity) to anyone!

I brought my 11YO son today for open gym and he absolutely loved it! It definitely became more crowded after 12:30, but the staff was great and offered assistance when requested. The obstacles were just like the show and are easy to try, but challenging to master. We will be back for sure!